Teachers and visitors all had an an enjoyable, fun, event and learnt a lot.

The Lord Mayor of Leeds, Cllr. Tom Murray attended. He was very complimentary about the event and it's organisation, but most of all was impressed by the enthusiasm and resourcefulness of the teams that took part. 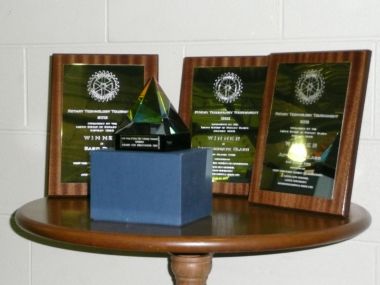 Congratulations to not only these teams, but to all who took part (including the Teachers), for tackling the problem set and hopefully having an enjoyable, fun, and educationally rewarding day. Well done! 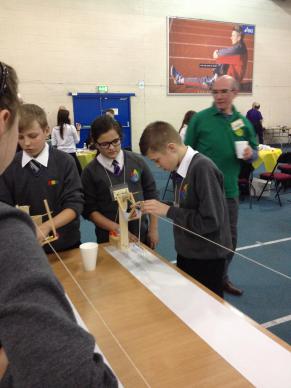 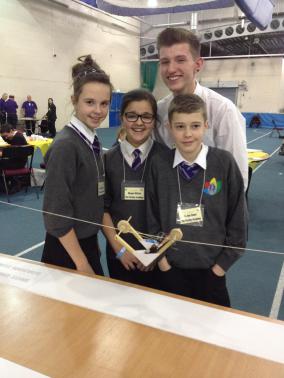 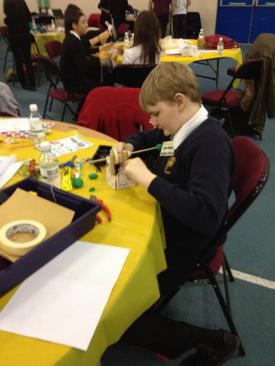 The teams had to devise, plan, build and develop a model 'vehicle' capable of delivering a rescue package across a ravine over a "shark infested" river using a pre-existing wire. This involved using their knowledge (sometimes acquired on the day) of electric circuits, pulleys, balance etc, as well as their manual dexterity and construction skills utilising dowel, card, elastic bands, pulley wheels and so on. All teams had a vehicle for final testing and most showed great delight when the vehicle raced across the divide to deliver it's package safely to the other side! The students also had to record the steps in the development of their model, how they tested and modified it in a 'Portfolio', which was marked by the judges as part of an overall assessment of the team's progress on the day. Rotarians with a background in education and engineering made up the assessment teams.Overall it was a 'grand' day out, and again the organisers and participants all deserve a big pat on the back.